For the past few days, I like most people have been following the George Floyd murder case and the universal protests against racism that we have witnessed around the world.

And like many people I feel disappointed at the level of violence that has come alongside this, and although I get the frustration I fail to see why during important times of protest small minorities feel like handing those who need to listen to the protest the excuses to condemn it and force the argument back underground where they want it to be.

So in my frustration I  thought I would drop down my 5 pence worth on this subject, to see if there is a wider discussion to be had about how we can use these protests to kick start a new dawn, resetting the horizon and focus on equality in society.

This current protest is not a new one, I remember as a politically motivated teenager attending anti- fascist rally’s and I have witnessed the Brixton riots occurring in my childhood, the 2011 London riots (after the death of a young black man at the hands of the police), Rodney King in LA, Steven Lawrence, Stop and Search, the rise of nationalism during Brexit, the list goes on. And it feels that every time the feeling spills over it becomes contained by the media and Governments,  the real message is lost, either in violence or the suppression of the narrative because it doesn’t sit well, or is too hard to deal with.

As a white person I have grown up and lived in multicultural parts of South London throughout my life, it never occurred to me that I had a level of privilege that wasn’t afforded to my friends, neighbours and those who I call my brothers. Only as I got older did this become something to consider, that alongside the challenges we all faced in education, employment, sport, and on the street, I had it easier than some of those around me… because of the colour of my skin! 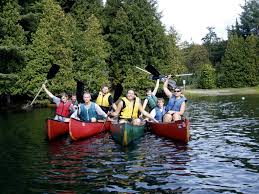 When I was 23 I walked into a conference hall, excited as I was at my first conference for my new found career in the Outdoor Industry….. only to find a room of all white instructors and academics, I was uncomfortable and I couldn’t work out why, so whilst sitting at the back it slowly dawned on me that this room, this new career, new industry that I was stepping into didn’t fit my own personal background. Over the years I have challenged this within the industry and every time I have struggled to get the voice heard, this is not because the industry in systemically racist, in fact it is in its majority incredibly accepting, it is because race is a hard subject to tackle if you have no experience or knowledge about the subject, and a majority of outdoor professionals have come from backgrounds that have been far from multi-cultural, therefore the might struggle to understand context, communication, history and the deep issues around racism in the UK to enable them to challenge themselves to make the industry more diverse.

I recently attended a European wide conference in Ireland, looking at diversity in the outdoors, and out of over 200 delegates from across Europe and the USA only 4 were from Black or Asian backgrounds!!! So 20 years after my first conference I was still in a room the room that didn’t reflect my own background!

But this article was not meant to be a rant against the lack of diversity in the outdoor industry, I just wanted to contextualise a very small part of a much broader issue, highlight it and try to assist if I can in helping.

So what can we do to ensure that the lives lost and the struggles that Black and ethnic minority people face can be reduced and that real diversity and equality can occur across society.

For a start I think that we should-

As I said at the beginning I am angry this morning, but writing and thinking about this has allowed me to vocalise my thoughts and try to commit to do better in the future in a more constructive way. To commit to try and challenge myself, those around me and the industry I work in to do better….

For a fairer and more equitable future! 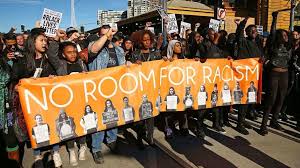