People seem to talk endlessly about leadership in work places, society, and sport, but what about teams, surely it can’t all be down to leadership ….. Can it?

In the UK we are currently immersed in a general election campaign, where a bunch of power seeking “leaders’ are trying to convince us in a variety of ways, nefarious or otherwise, to vote for them and their team!
So it seems timely to look at some tricky issues around leadership and team work,

Recent team performances like England and South Africa’s finals appearances in the rugby world cup, have got us talking about team work, what about Japans amazing run in the same competition, the crushing of the seemingly invincible All Blacks, a team that has been the epitome of team work in elite sport for the last 10 years, or what about the amazing USA women’s football team becoming back to back world champions during the summer, or England’s Cricket team, outside of sport what about the top teams in business, Google, Java and historically Ford Motor Company and Disney?
All these team have and are creating greatness in their own arenas and prompt us to think about whether its teams or leaders who make the magic happen?

There is always the argument that is the combined factors in the make up a team that make the magic happen, or the old adage of “teamwork makes the dream work”, but surely its leaders who set vision, build the team drive it forwards, celebrate with the team when they all succeed?

This supposes that the team just follow what the leader sets for them, the players are just tools of the leader to achieve their aim or goal?

Looking at rugby coaches for example they build teams that match their vision, during the game they sit in the box passing tactical insights to the players, moving the chess pieces on the board and then celebrate when it all works out!! But is it this simple? I would suggest that its more complicated than this, to be an elite performing team requires individual players in that team to forge their own paths, to become the best at their specialised area, to know everything about their co-workers, work out where their skills sit and to commit to making the team work, they may place trust in a leader to set a vision but they need to commit to that to enable it to become reality, they have to take individual feedback and team discussions on board and amend behaviours and attitudes accordingly.

But a team needs to find its own identity and the ability to give crucial feedback to each other for the good of the team’s development  so that it can succeed at its task.

I’ve been involved in a number of teams throughout my career either as a participant, player or colleague, as a leader and observer and as coach and trainer, all pushing towards achieving goals, whether that was on expeditions, undertaking military missions, in sports teams and in training elite athletes. In all of these environments and team I have noticed a number of common elements that when in evidence alongside more traditional team behaviours have helped ensure that the high performing teams have met their goals or have created a professional winning atmosphere and mind-set.

Some of these behaviours that I have witnessed in high performing teams, and personally enjoy in the teams I  work in are-
1. Comradeship –  A critical component in teams. It engenders trust, safety and support, the concept that you are in it for each other and you will “die” to protect the person next to you!
2. Banter– lots of good and generally appropriate banter (not bullying) in a team means that they are comfortable with each other, that they can keep the atmosphere light, though when it really matters they can focus when needed. A bit of gentle sledging of each other can also ensure humour in the work place, kindness and demonstrate that people can smile with each other, and at themselves.
3. Family – Teams that consider themselves a family ensure that they develop their own identity and values, ones that they hold themselves accountable for and to, they commit to tasks and each other, protecting and nurturing each other.
4. Fight for Cause– Having purpose bonds people and therefore the team together, it means that they can face testing circumstances knowing that they have a joint mission and end goal, and give it meaning and importance.
5. Leaders across pitch– having many leaders, not just the main one but others who might be experienced, senior people who exhibit leadership skills and values throughout a team or organisation can lead to a supportive team, who can pick up issues throughout the mission or work and keep people on track, and develop the weaker or more junior members.  They know what needs to be done, what good performance looks like, how to keep people focused and moving forwards.
6. Honest feedback– teams that have confidence in giving, and receiving honest feedback always strive to do better, sometimes it seems brutally delivered, but carefully selected honest feedback delivered in a strong way is highly effective. This isn’t rude or bullying, it can be fair, equitable and clearly given to improve performance or review mistakes. No one learns if the feedback is week, in content or delivery!

High performing teams need more than just a good leader or a loose approach to team work, they need a deeper bond, a connection, a focus, a reason to keep pursuing excellence. In modern workplaces teams need more than just a financial or transactional incentive to push further, making people part of a team, immersing them in the comradeship, giving them a goal and reason to come to work, supporting them through key leaders throughout the team, having honest conversations about performance, and keeping the environment fun and in good humour can lead to developing and maintaining the organisation or teams excellence.

If you want to find out more about teams that I think adopt and live by these behaviours look at the All Blacks (check out the book Legacy by James Kerr), or Google the Royal Marines “ Commando Spirt” mantra and Corps Values, these give great insight into organisational cultures of excellence.

Leadership as a concept is HUGE!

I have experienced leadership throughout my life, good and bad, sometimes great and sometimes atrocious,and in a range of environments from schooling, business, military, sport and expeditions.

As a leader it is important to recognise that leadership grows, it is not necessarily something that you are born with, you may have some great qualities and DNA but actual leadership is developed, either through training, life situations or a culmination of experiences.

“….leaders are neither born nor made- they grow.” Mary Cox.

So when developing as a leader what are the elements we need to look at and work on, either from a personal perspective or from a leadership development/ coaches point of view.

I get asked a lot about what I think are the elements of leadership, and as I have just spent a weekend discussing leadership with future expedition leaders and I’m now relaxing with a beer or 2, I thought I would suggest a starter for 10 list (though this is just a snipit of this massive subject!)

In this article I have tried to encapsulate some small gems of how I try to lead,as well as the lessons I have learnt from studying leadership.

As with all things everyone will differ, this may be due to opinions or experiences, and that’s great, it would be good to hear what people think. If you want to be a good leader you need to become a student of leadership, to pick through the theories and the chaff, to find what works for you, how it works in the settings you use it, adapt it if necessary and continually review how it works, and if necessary, change it again!!

Hope you found this useful, let me know your thoughts! 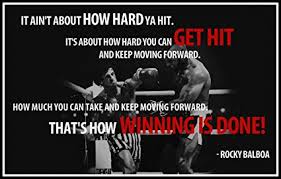